Founded in 1904 by a master silversmith, Danish design house Georg Jensen is renowned for its artistic integrity, superior craftsmanship, pioneering spirit and impeccable roster of creative collaborators. Its collections include silverware and flatware, fine jewellery, watches, accessories and homeware. 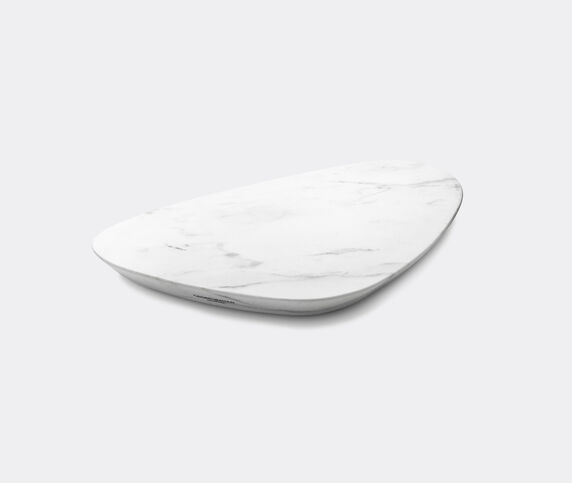 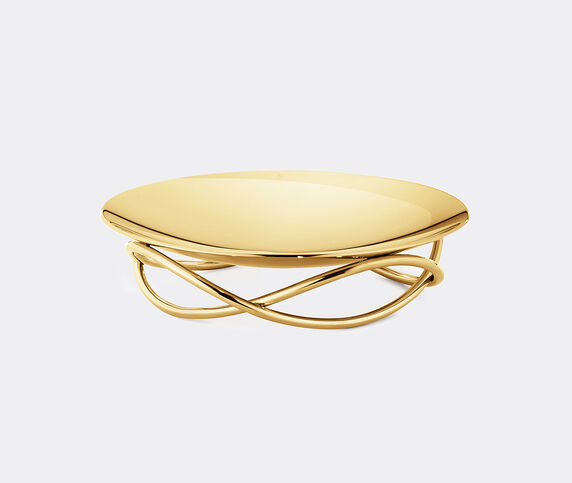 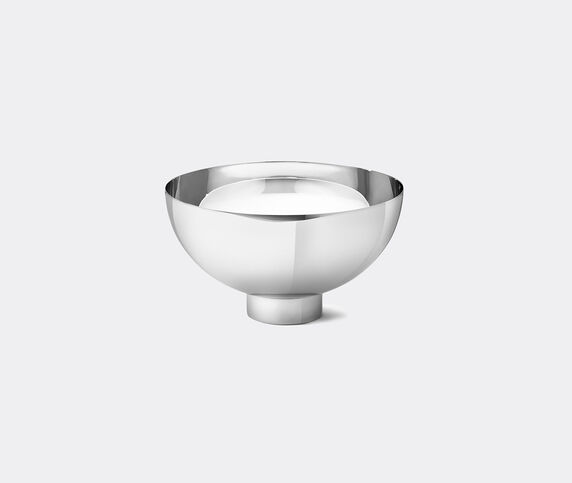 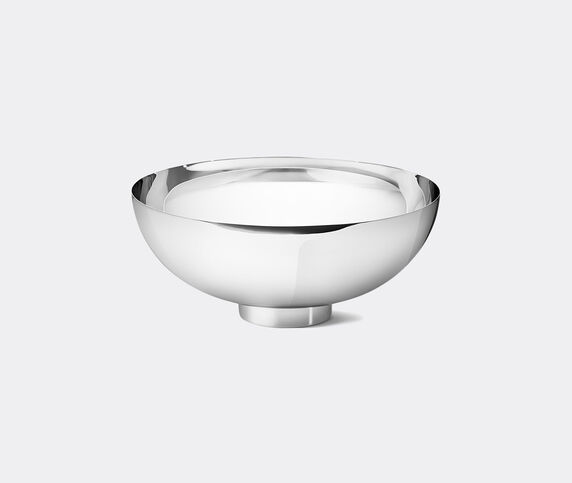 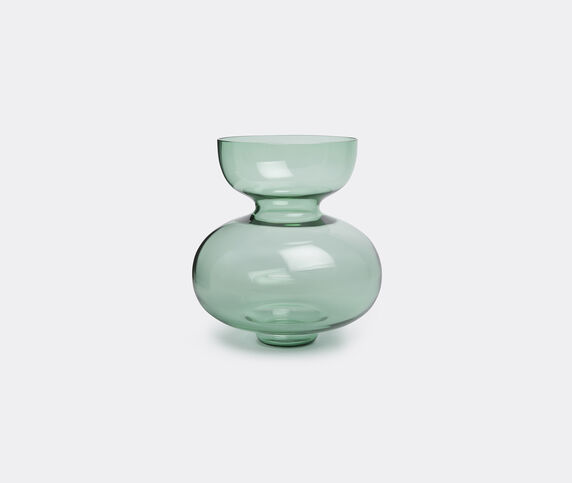 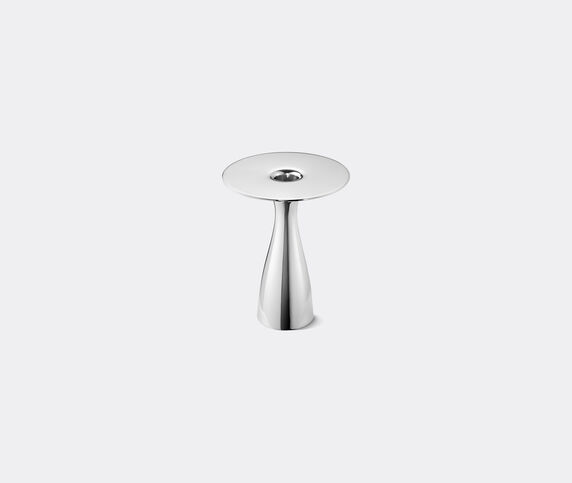 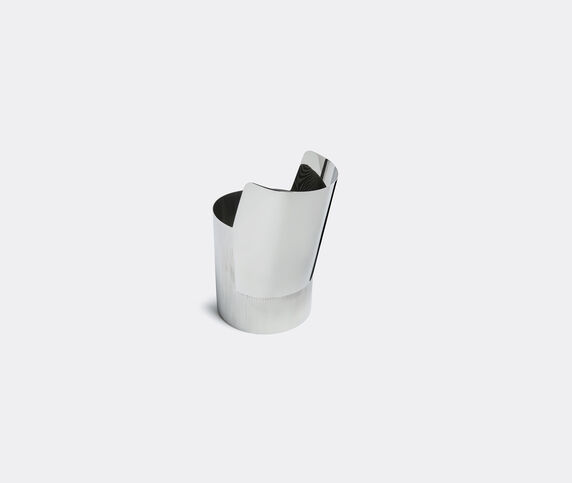 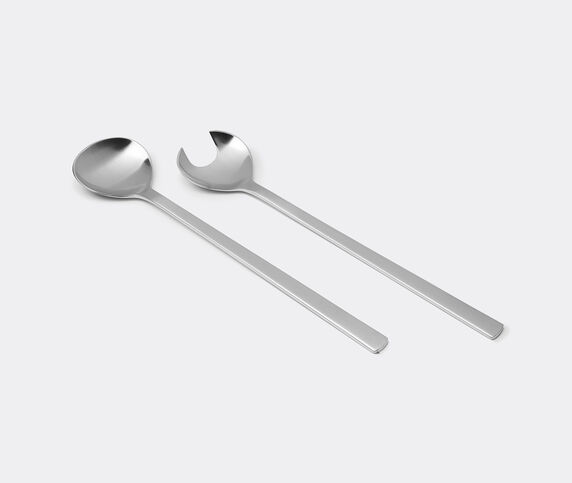 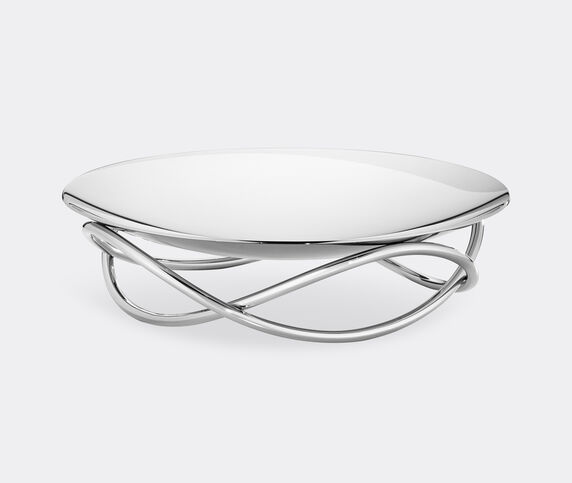 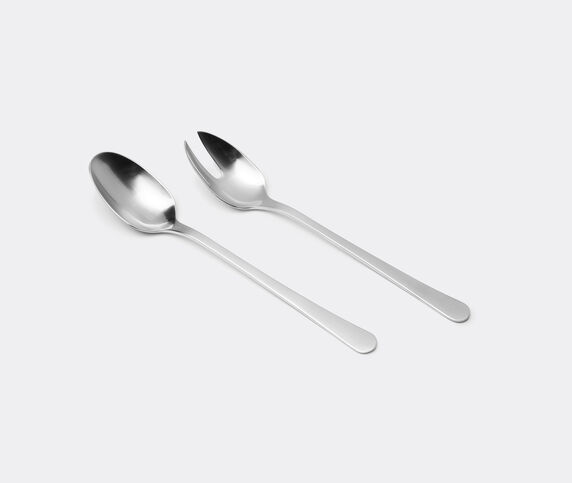 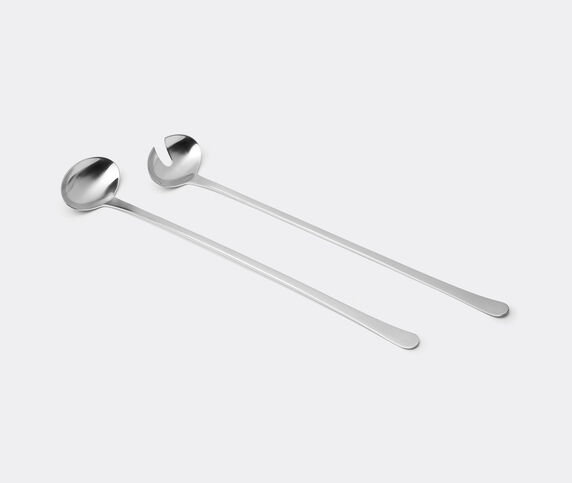 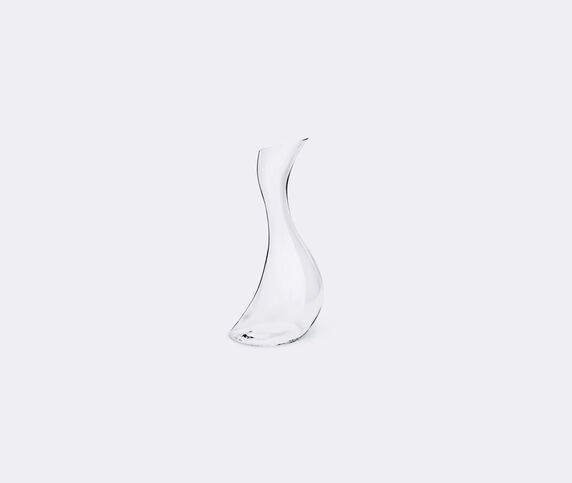 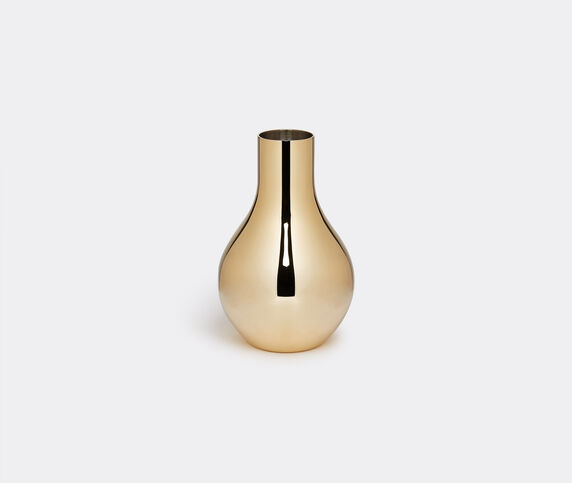 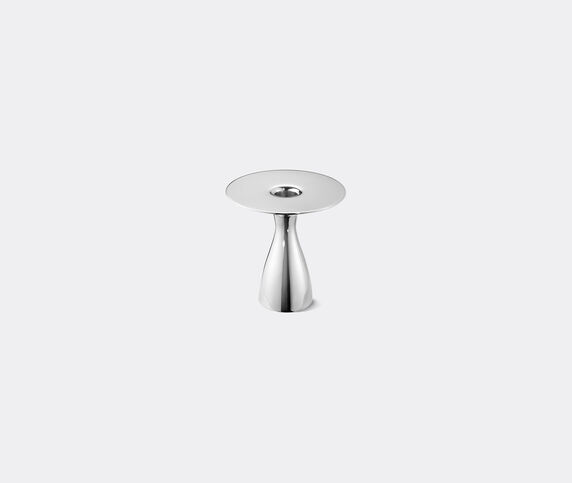 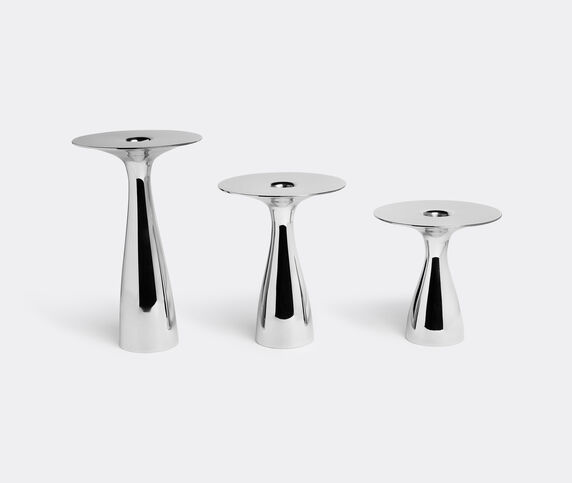 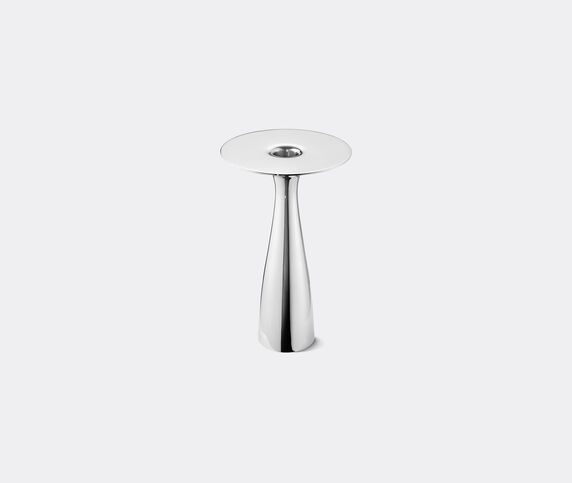 Jensen’s philosophy was to create democratic designs that possessed both functionality and beauty. His artisanal skill and artistic talent went hand in hand with his continuous ability to spot and support design talent, all of which formed the foundation on which the Georg Jensen brand was built.

Jensen’s style embraced Art Nouveau characteristics, injecting them with new vigour that still resonates today. Flowing forms meet sculptured ornaments in designs that highlight Jensen’s attention to flowers and fruits, signifying his delight in natural forms. The brand continues to leverage the ideas and principles of the designer and translate them into Georg Jensen’s current designs.

Georg Jensen proactively supports and contributes to the UN’s Global Compact, in order to help finding solutions to some of the world’s social and environmental challenges. Based on 10 principles, including Human Rights, Labour Rights, Environmental Protection and struggle against corruption, Georg Jensen incorporates these 10 principles into their current and future work, identifying their social responsibility. For example, this includes complying with the international standards and treaties regarding purchase of silver, gold and diamonds. In addition, Georg Jensen aims to support suppliers wherever possible, to strengthen the dialogue with suppliers and help improve the commitment and engagement in the challenges they share. Suppliers must also be aware of the brand’s commitment to and high expectations in relation to environmental challenges, anti-corruption as well as labour and human rights.

A unique designer who follows form rather than function when it comes to the design process, creating infinitely beautiful pieces whose purpose may not be all together clear at first. Bakker has a fascination in life’s rituals and strives to elevate them through his sculptural collections. Collections that are even described as being sensual.

In 2014, he created a stainless steel tableware collection for Georg Jensen, a medium of which he had never used before. The collection includes the well-known ‘I Pourer’, a pitcher reminiscent of an Ancient Egyptian headdress with a distorted form. In an interview for Dezeen, he explained how the material was “beautifully appropriate for the containers and pourers that [he] loves to work on”. Bakker went on to say how he loves to “design shapes that contain something” and “the feeling of objects in which a lots of sensations meet”.

Koppel, a Copenhagen born designer, initially studied sculpture before being a silversmith. Over the years he has created revolutionary silver pieces, distinguished by their sculptural lines and organic forms. Koppel has been at the forefront of the Danish Modern movement, with a long standing partnership with Georg Jensen that created a new scene for hollowware, cutlery and jewellery. Koppel’s striking designs from the 1960’s remain just as modern today as they ever did. Most noteworthy are his Wall Clocks, the Bonbonniere Onion and ‘HK’ pitchers.

Koppel is famously reported to have said “functionalism is nothing to do with the forming of silver”. This demonstrates his distinct approach to design, wherein shapes and silhouettes never need be constrained by practicality. Koppels designs were notoriously difficult to craft, often pushing the limits of silversmiths, he is therefore a pioneer in elevating everyday objects.

Wortmann is an industrial designer, who founded Büro für Form in 1998, with a focus on industrial, interior and lighting design. Since then it has received numerous international awards and exhibitions confirming the studio’s success.

Wortmann designed the highly successful COBRA line for Georg Jensen in 2008. Most notable are the candleholders, reminiscent of antique candlesticks in their weight and height, but nowhere near as cumbersome. Instead they feature gravity-defying curves, inspired by the mystical cobra snake and made from mirror polished stainless steel.

Crawford, one of Britain’s most influential women, launched British Elle Decoration in 1989 and founded the interior design company and brand consultancy firm StudioIlse in 2001. Since then she has become a household name due to her successful collaborations with Soho House and Aesop.

In 2012, Crawford launched a set of universal objects for simple daily tasks, with notable products being the ‘Ilse’ vase and the ‘Brass Bowl.’

Crawford believes that design influences how we behave and feel and by paying attention to changing times and values, design can also shape the way we live and work. In this way, Crawford believes that brands can be shaped and re-shaped over time, so that their identity does not remain static.

Campbell studied furniture and industrial design before setting up her own company in 1996. Her style is playful and experimental, with partnerships with brands such as HAY.

In 2014 Georg Jensen commissioned Campbell to create a new cutlery collection, containing the ‘Bloom Salad Servers’. The collection is beautiful without being overly pretentious and respects the GEORG JENSEN ethos of appreciating given proportions, while paying attention to every detail and emphasising the products main purpose. In summary, a useful, flexible and modern toolkit.

Spanish designer, Urquiola, set up her own design studio in Milan in 2001. Up to now her collaborations span product design, architecture and installations for clients like Boffi Cucine and Moroso.

Urquiola’s collection for GEORG JENSEN, in 2016, features upside-down jugs, tilted vases, pitchers and vases, all made from mirror-polished stainless steel. These modern yet functional pieces have cylindrical sections with ridged patterns and smooth, angled sides. Similarly to other designers who collaborate with Georg Jensen for the first time, the stainless steel material was new to Urquiola, she none the less, let her imagination escape her.

Designed by Constantin Wortmann, the Cobra Collection features trays, candleholders, pitchers, glass carafes and tea lights. The items are strikingly modern in the mirror polished stainless steel and inspired by the mythical snake they boast sinuous, simple and sculptural curves that add sophistication to any sideboard or dining table.

The HK pitcher, designed by Henning Koppel in 1952 is one of his most famous designs. Available in small and large sizes, the pitcher is slender and sensory, with an elegant handle and exaggerated lip. The models were re-launched in 2008 to mark Koppel’s 90th birthday and in 2009 awarded the Best Reissue in Wallpaper*’s Design Awards.

The Urkiola collection, designed by Patricia Urquiola, is uncompromising and striking. Featuring vases, pitchers and bowls in ridged stainless steel that adds texture to surfaces, resulting in both modern and beautiful design. The pieces from the collection are sculptural yet completely functional, perfect for any tabletop.