A student of graphics at the Kunstgewerbeschule in Zurich, the Baar-born designer Max Huber (1919-1992) made the acquaintance of fellow Swiss graphic designers and artists — including Werner Bischof, Emil Schulthess, Josef Müller-Brockmann, Carlo Vivarelli, Hans Falk, Hans Neuburg and Max Bill — early on in his career. He later began work at the graphic design studio of Antonio Boggeri in Milan, before returning to Switzerland and joining Allianz, an association of modern Swiss artists, at the invitation of Max Bill. Revisiting Italy, Huber teamed up with Albe Steiner to create the graphic design project for the VIII Triennale of 1947, and around the same time forged a relationship with Giulio Einaudi who made him creative director of his publishing house.

Huber's subsequent career trajectory included the creation of corporate identities for brands including La Rinascente, Coin, Nava and supermarket chain Esselunga, installations for the Omega and Flos showrooms in Milan, and prolific collaborations with architects/designers Achille and Pier Giacomo Castiglioni. Universally recognised for his design work — he was presented with the Compasso d’Oro for his plastic fabric design — Huber is also remembered for his teaching career, which began in 1947 at Milan's Rinascita school and spanned decades with stretches at the Umanitaria, the Scuola Politecnica di Design and the CSIA-Centro Scolastico Industrie Artistiche in Lugano. 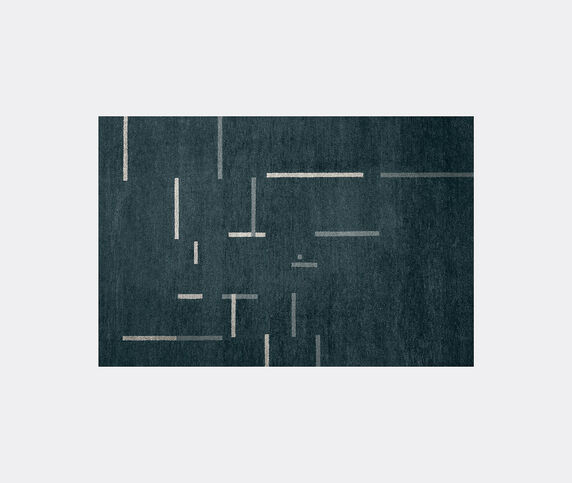