Porter – Yoshida & Co. was founded in 1962 by Kichizo Yoshida. Their nylon bags and accessories are produced exclusively in Japan and demonstrate the finest utilitarian design and technical craftsmanship. Porter’s luggage pieces are built to last for decades, while maintaining a sleek and timeless aesthetic. 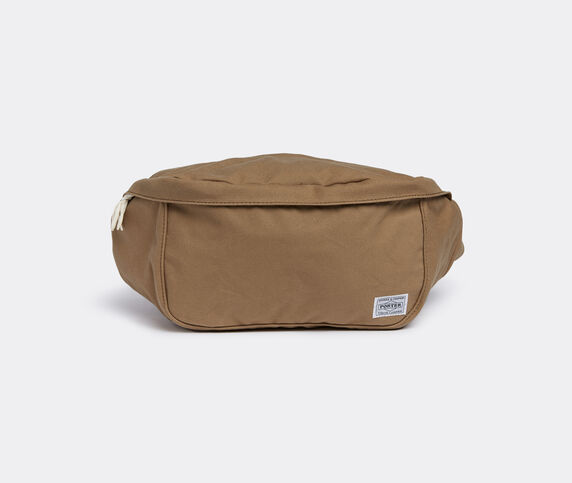 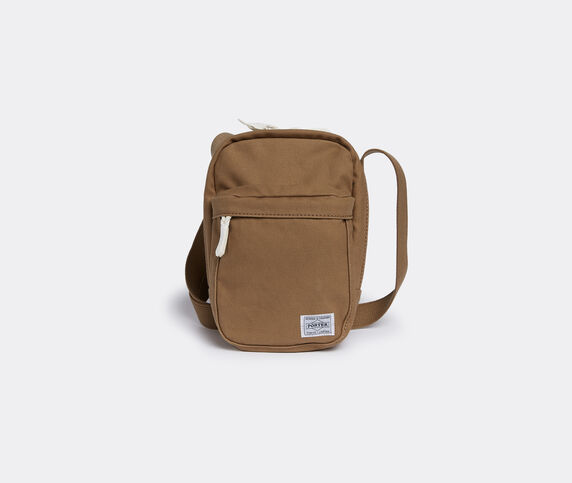 The Japanese brand was initially called Yoshida Kaban Seisakujo, founded in 1935 in Tokyo by Kichizo Yoshida. After the war it was reformed as Yoshida & Co., Ltd, but it was not until 1962 that the brand became Porter-Yoshida & Co. The name was taken from “porters” who handle customer’s travel luggage at hotels. Porter-Yoshida & Co.’s luggage pieces are built to last a lifetime, demonstrating the finest utilitarian design and technical craftsmanship, while remaining sleek and timeless.

In 2015 Porter-Yoshida & Co. celebrated their 80th anniversary and currently run 5 flagship stores and 800 partnering retail stores. Awards include the "Good Design Award" for products from their "Porter" and "Luggage Label” lines, in fact they continue to win every year and won an award for the "Garment Overnighter" in 2010.

The success of Porter and Yoshida is evident in their numerous collaborations with other well established brands. To commemorate their 80th anniversary collaborations included Missoni, Paul Smith, Off-White and James Jarvis. The brands iconic designs were crafted with new motifs and patterns, such as jagged knits by Missoni, finished with a luxurious impression. Bold hazard stripes were adopted by Off-White, a symbol of the brand that required a unique printing technique, while Paul Smith used 70’s floral patterns with the use of orange as a homage to Porter.

One of Porter - Yoshida & Co.’s first models, the Elegant Bag, developed in 1953, was an innovative and highly acclaimed design due to its ability to be compacted when not in use, a feature commonly used in bags today. It features an adjustable gusset width by fastening and unfastening the zip. Porter was the first range released in 1962 but the brand’s longest continuing series is “Baron”, released in 1968, followed by Tanker in 1983.

The original Tanker model was inspired by the flight jacket MA-1 of the U.S. Air Force, made of an original material using 3 insulated layers called flight satin, with the initial concept being a “travel series with a military look". The bonded material is light and soft, accentuated by a bright “rescue orange” lining that has become a pivotal part of the design. Duffle and shoulders bags were originally only in sage green, then black arrived 6 months later. The line includes about 60 styles of regular models and over 100 styles including collaboration models.

The Luggage Label was released in 1984 with the idea of integrating “unique” and “basic” design. This range became synonymous with the brand name, despite the success of previous collections. The “Liner” model, inspired by the military, was incredibly popular for its high quality.

Models from the Heat collection, released in the 2000s, are friction and rip resistant. An all-black series in contrasting textures, models include accessories for business as well as everyday use. Thick nylon bands define this highly usable and durable collection. Except for pouches and wallets, a Maglite with the Porter logo, stored in an exclusive case, is attached to all the styles.

Yoshida, a subsequent collection to Porter and Luggage Label, was released in 2004. The range bears the company name as a way of expanding and collaborating with other companies, brands and shops overseas. The brands first products for the range, designed in collaboration with new artists, were sold in Colette department store, in Paris. The original model Build was distributed exclusively to select shops.

All Porter and Yoshida products are produced exclusively in Japan using the highest technical craftsmanship. For example, Porter Accessories are usually made one by one by skilled craftsmen using a fully bonded construction and by binding separate leathers with glue. Polishing and the final edges are done precisely with careful manufacturing, carving and symmetrical design. The nylon and cotton used to create the brand’s designs are finished with various coatings, such as urethane to increase durability while remaining timeless.